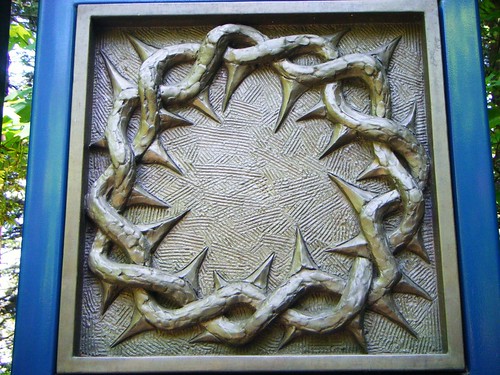 A thorn has entered your foot.

That is why you

who can pull it

“St. Catherine (1347-1380) was said to have been profoundly interested in every human being that ever came before her. She devoted herself to relieving the mental and emotional suffering of the hundreds that sought her out; her words and her touch bestowed a soothing grace” (ibid. p.180). A soothing grace. A healing salve for the wounded. She lived to relieve suffering.

But should all suffering be relieved? What if the thorn in your foot is an essential wound? A wound necessary for your spiritual development?  Odysseus, approaching adolescence, received an essential wound in his thigh from the white tusk of a boar. In addition to pushing Odysseus toward manhood (from puer to man), this wound foreshadowed the immense burden and suffering of his life’s journey.