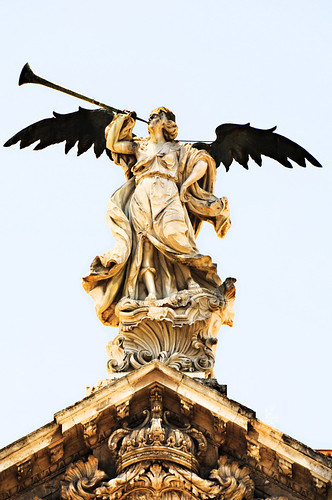 In his sub-chapter “Refusal of the Call (The Reluctant Hero) Christopher Vogler writes:

“This one is about fear. Often at this point the hero balks at the threshold of adventure, Refusing the Call or expressing reluctance. After all, she is facing the greatest of all fears, terror of the unknown. The hero has not yet fully committed to the journey and may still be thinking of turning back. . . . the encouragement of a Mentor – is required to get her past this turning point of fear” (The Writer’s Journey: Mythic Structure for Writers, 2nd Edition by Christopher Vogler, p. 17).

One definition of calling is “a strong inner impulse toward a particular course of action especially when accompanied by conviction of divine influence” (Merriam-Webster Dictionary, Online). For the Christian, the divine call is a call from God. How can anyone refuse a call from God?  Rather easily, it seems.

The prophets appeared to make a habit of it (a la Jonah).   So if you refuse the call to write, just tell God you’re following the tradition of the prophets. But what if your calling from God to write is a calling to prophesy? Not in terms of prediction, but “to speak as if divinely inspired” (ibid.).

But what if God wants me to write about something stupid like what I ate for breakfast (e.g. Woody Allen’s media interview in Take the Money and Run: “I was having breakfast in the morning. I think it was two fried eggs and toast. I don’t know if it was orange juice or grapefruit… but I remember I had a juice. I don’t remember what it was. But at that time …. It was orange juice. That’s right!”  The exasperated reporter replies “Can you get to the point?”)? You mean normal blogging behavior? You do it. No matter what God wants you to write, you write it. Truly following God demands radical obedience.

Radical obedience? I’m no hero. Maybe you need to re-spell hero: O’, I’m here. Surprise! God expects you to live in the here and now. You need to only focus on one writing topic at a time. Follow God’s tracks by following His daily signs (Jungian synchronicities). God will direct your writing, minute by minute. So rather than not picking up the phone when God calls (divine caller I.D.), reluctantly pick up the phone and say, “I’m no hero (long pause for the proper effect) but I can and will follow you every day and in every way.” “And step by step You’ll lead me and I will follow You all of my days” (“Sometimes by Step” from the album The World as Best as I Remember It, Vol. 2 by Rich Mullins).