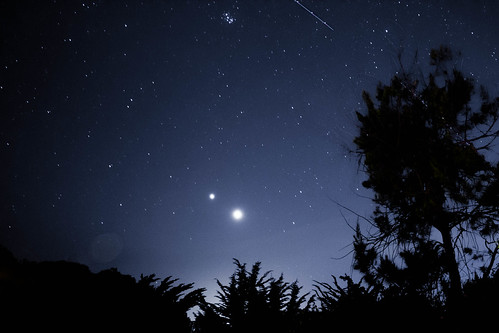 Let all the words go.

They come from elsewhere

and long ago, are immigrants here.

They should return to their faraway homes.

They should fly up to city balconies

or land like a big shadow on the cornfield,

and pick among the stalks.

This is the last stanza of her poem “Topiary Rooster.” Twitchell is a poet who has studied Buddhism.  Her poetic imagery depicting words as birds is noteworthy. Interestingly enough, before reading this poem, I wrote my last article “Words Fly In” using words-as-birds imagery. So before my words take wing and merge with the sunset, I want to listen to the song of these ancient immigrants.

Words are ancient. Scholars disagree on how or when language originated. Mythologically, divine language came before human language. Certain birds symbolize the divine in a number of world mythologies. In Egyptian mythology, the sky-god Horus was shown as falcon-headed. Out of his right eye shone the sun. Out of his left eye shone the moon.

Eyes of the Night

fly from his right eye

fly from his left eye

into the black sky

eyes of the night